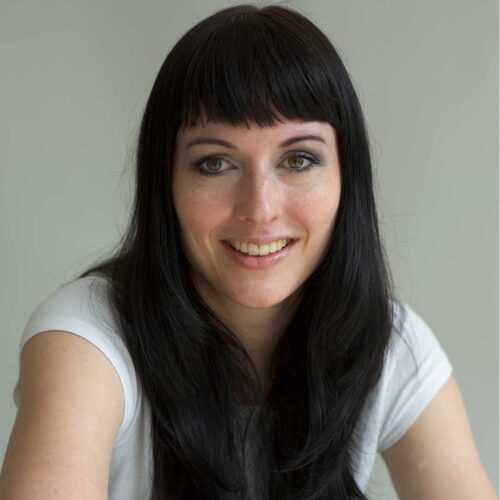 Or why Basic Income is the future.

Hi, my name is Rebecca Panian, a Swiss filmmaker and UBI activist. But most of all I am a concerned earthling. I believe in the power of stories. So let me tell you one about why an unconditional basic income (UBI) or a freedom dividend is the crucial puzzle piece to save our asses – pardon my French.

Are you stressed? Are you fearful about your future and livelihood?

For a lot of people today, the day-to-day routines of life are full of stress. Surveys found that about one-third of people around the world reported feeling stressed, worried, and/or angry in 2019. In the U.S. nearly 80% of working people report being stressed[1]. I don’t know about you, but I wonder: how on earth should we plan for a better future when most people are consumed by stress and anxiety about the present?

It has been scientifically proven that if human beings operate under fear, they use a smaller part of the brain. That is, if we are afraid, we cannot analyze a situation, let alone act sustainably, which would be so urgently needed in times of increasing pollution of air, water and earth (and climate crisis). And those who are afraid, especially those who fear for their own existence, can be manipulated, blackmailed and controlled.

The crux of the matter is that to deal with massive inequality and the climate crisis, change is exactly what is urgently needed for the human species to survive. The reality we have built over the past centuries is failing us. And so is the story that we were taught to believe in – that eternal growth will make us all rich and happy and that working and earning a lot and saving for the old age is supposed to be “the good life”. In truth, this story is responsible for our planet overheating while the people who live on it suffer burnout from the demands of modern work and lifestyle.

What would our world look like if everyone could breathe easier knowing their livelihood was secured by an Unconditional Basic Income (UBI)? An amount of money that is high enough to live in dignity and that is not tied to any conditions, i.e. no compulsory work or other obligations. In Switzerland, we are talking about an amount of 2500 Swiss francs per month. In Germany, it would be about 1500 euros. Before you call me a hopeless dreamer and stop reading: the idea of UBI is as utopian today as the introduction of social insurance and women’s right to vote once were.

UBI would make possible what is urgently needed in view of the climate crisis and an increasing psychological burden of stress: deceleration – both in our consumption and in the way we work and live.

I’m Swiss and I’m well aware that Switzerland was quite late to implement the women’s right to vote (1971!). On the other hand, in 2016 it was the first country worldwide where people could vote for a basic income. The initiative did not pass the first time. However, let’s keep in mind that it took three votes to introduce women’s right to vote. And the introduction of the now sacred Swiss old-age and survivors’ insurance was also a hard and long fight. Interestingly, the counterarguments at that time are practically identical to those used against the UBI today!

In September 2021 a small group of people launched a second popular initiative for UBI in Switzerland. I am part of that committee. We are currently collecting the necessary 100,000 signatures to hold a 2nd vote in Switzerland in a few years. If Switzerland were to say yes, this small country could pave the way for other countries to create a future, where a secured livelihood as a human right is the new normal.

QUESTION: Sounds good, but – who is going to pay?

ANSWER: Those who currently contribute little to the financing of social security system – the financial sector and tech companies.

The introduction of a basic income is nothing other than a long overdue tax reform that distributes profits and assets more fairly and thus automatically counteracts the enormous and ever-growing global wealth inequality.

QUESTION: How would it work?

Imagine you had the right to a basic income. How would it change your life? Would it take the pressure off you? Would you be less stressed?

Maybe you would exercise more and eat healthier if you were less stressed in your everyday life. Which in turn would most likely reduce health care costs in the future. And this money could instead flow into the education system or the UBI fund.

You could also try out the business idea you have had for a long time but never dared to pursue. With UBI more innovation and start-ups could come as a result, which in turn means profit for society.

And you could finally say NO to badly paid and exploitative jobs.

Together with this shift in power, it would in addition become immediately visible which jobs are system-relevant, for example garbage collection, care jobs, cleaning and domestic work. For these jobs to continue to be done, wages and working conditions would inevitably have to be improved. This would finally lead to a much needed shift in values in terms of paid work.

Furthermore, there would no longer be a reason to fear technological progress. Instead, one would see it as an opportunity because robots are now doing the “dirty” and dull work and they help to finance UBI.

UBI would also finally value all the care work (for ex. domestic work & raising children) which until now has mostly been taken for granted.

And it would provide more equality in general. It would for example ensure no woman is ever dependent on her partner to meet her basic needs, removing one of the barriers against leaving an abusive partner.[2]

But now, let’s think bigger. With a secured livelihood we could see the end of extreme poverty across the world. Thanks to a basic income people would be able to live their lives more meaningfully. People would finally have time to ask themselves who they are and what they actually want to do with their lives.

According to a NASA study[3], we are born as creative geniuses, but our creativity is compromised over time by our educational system. It has been scientifically proven that those who let their minds wander perform better – in school or at work.  Our creativity is stimulated when we immerse ourselves in “joyous doing” and positive thinking. And when we use creative thinking, the brain lights up.

Imagine what everyday life would be like if more people pursued work that fulfilled them. There would be no more (or fewer) “bad Mondays”. People would be more motivated, more relaxed. They might smile more and help each other. And slowly but surely it would no longer be cool to say “Sorry, I don’t have time”. The new “cool” would be to say: “Sure, I have time to help you or to get a cup of coffee.”

If you wanted to, you would have time to study again, learn something new or deepen your knowledge of something you are familiar with. Or you could invest more time into caring for people, animals or the planet.

Maybe you would decide to become more politically engaged? After all, politics is nothing else but regulating how we live together. So, wouldn’t it make sense if we all were more political?

Less stress and existential angst would most likely mean less violence and discrimination. You can easily test this on yourself: how do you behave when you are stressed or afraid? Can you think clearly, act thoughtfully, or empathize with another person in such a moment? Or are you more likely to react angrily, insultingly, perhaps even aggressively?

Having arrived in the 21st century, the idea of an unconditional basic income is nothing more than the safeguarding and further development of existing social security systems, our democracy and our prosperity. And it would help ensure that resources and profits are distributed more equitably.

A basic income is not the solution to all our problems. But it enables everyone to become part of the solution. And that’s what’s so desperately needed.

So, there’s hope. And we can make it happen. After all, reality is based on human concepts and stories. Let’s create a new story.

About the author
Rebecca Panian. Swiss filmmaker, UBI activist and ember of our Initiating Committee.
As a filmmaker she is currently working on the documentary IMAGINE, a film that questions our reality and wants to inspire the audience to re-imagine it. The film is inspired by the idea of unconditional basic income (UBI) and the fact that our reality is based on our imagination. www.imagine-film.ch

As a UBI activist I am part of a committee that just launched a second popular initiative for UBI in Switzerland. We are currently collecting the necessary signatures.

You can find the most important info in this short video.

If you want to help pushing a 2nd vote on UBI forward, you can support this initiative with a donation. If you’re a Swiss citizen, you can download a signature card and sign the initiative here.